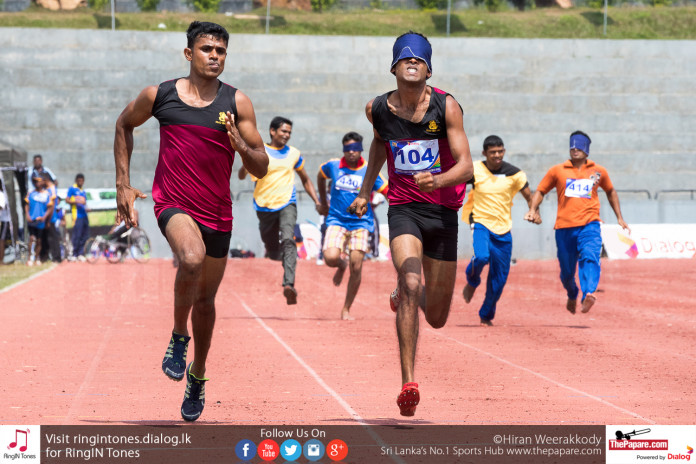 Para-Athletic Championship was declared open for its 2015 edition which will also be the final selection hurdle for the athletes to participate in the Rio 2016 Paralympics. Making the selectors job a much tougher one the athletes set sixteen new meet records with in the first two days.

The first record for the maiden day came off the performance from Sampath Kumara of the Vijayaba Sports Club who recorded a distance of 34.67m in the Javelin Throw event held under class T53. The previous record for the event was set in the year 2006 by para-athlete S.B Madurawe from Light Infantry Sports Club which was recorded as 25.18m.

Sampath Kumara speaking to ThePapare.com said “To be honest I started practcing to this para-athlete championship at first giving my-self a target that I would set a new national record in my event”.

Amara Indumathi renewed the previous record set by Kumudu Priyangika of Rehab Sports Club in the year 2006 which was recorded as 38.0sec. Indumathi from the same sport club clocked a timing of 28.40 sec to fill in the slot of a new record in the book in the 200m female T46 class event.

Amara Indumathi renewed the previous record set by Kumudu Priyangika of Rehab Sports Club in the year 2006 which was recorded as 38.0sec. Indumathi from the same sport club clocked a timing of 28.40 sec to fill in the slot of a new record in the book in the 200m female T46 class event.

Amara Indumathi speaking with ThePapare.com said “ It is all about practicing. It was commitment that was behind this achievement today”.

Niroshini Kumari renewed her own record which was set as 30.5sec in the year 2003. Coming off a better performance after thirteen years she clocked a timing of 30.1sec in the 100m T53 class event. Apart from her U.M.J Pushpakumara renewed the earlier record in javelin throw in the T51 class event which was set as 23.29m in the year 2013. Pushpakumara recorded a distance of 25.15m. 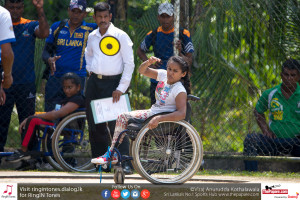 Buddhika Indrapala of the Commando Sports Club broke G.A Amerasinghe`s record in the T42 class long jump event of 3.69m as he recorded a distance of 5.20m. Dumeera Maduranga participating in the same event with a different class too set a new record in T44 class as he recorded a distance of 5.44m beating the previous one which was set in the year 2003 by Udaya Pushpakumara.

Mary Anita participating in her first para-athletic championship coming all the way to the city limits from the northern part of the country performed exceptionally well to set a new record. The T42 female javelin throw event`s record was set 9.13m by Kanachan Pradeep in the year 2013. Anita recording a distance of 10.93m wrote off her names in the record books for another good year. 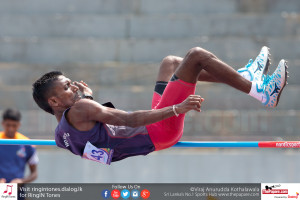 Kanchana Pradeepa of Rehab Sports Club set a new record in Discuss Throw recording a distance of 13.41m whilst S.O.M Gayan Sanjeewa renewed the record of high jumping recording a height of 1.55m.

Both T.M.R Thennakoon and Anil Prasanna Jayalath broke the previous records in 200m T11 class and 100m T42 class respectively. Thennakoon clocked a time of 25.50sec while Jayalath took honours in crossing the white line as the clock read 12.82sec. 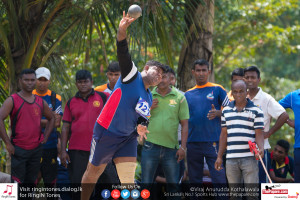 Susantha Silva participating in the shot putt event together with Sanka Kumara in the T20 and T44 classes performed beyond par to fill slots of the record books in their name. Silva recorded a distance of 8.57m while Kumara gained himself a good 11.71m.

Gamini Ekanayake who participated in the T46 class event of javelin throw broke off the record set by S.N Seneviratene as he recorded a distance of 44.9m better than 42.61m in 2013.