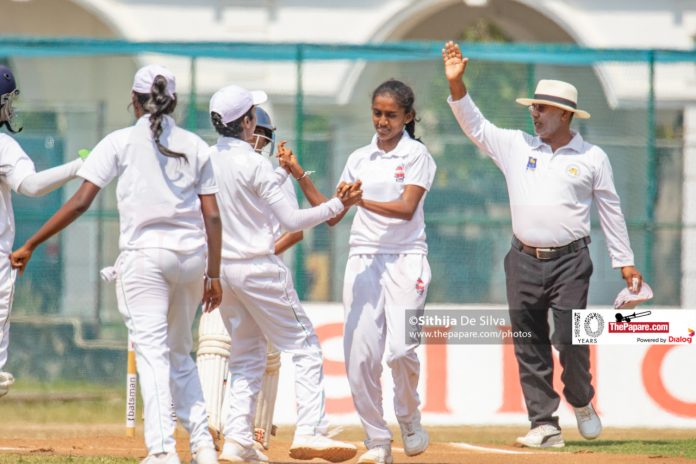 After been asked to bat first, Kegalu Balika Vidyalaya managed to post a formidable total of 158 for 5 in their allocated 25 overs. The two openers Telma Rathnasiri and Binara Abeykoon fell cheaply, but a quickfire cameo from Gimhani Munaweera steadied the ship for the girls from Kegalle.

Her 28 ball 30 had 3 boundaries, which gave good impetus to their innings. The momentum was carried right through the innings as Dilshani Kumarasiri anchored the innings with a composed half-century. With the ball for POW, Mihidi Sanudini bowled an economical 5-over spell and got one wicket.

The response was quite clinical from POW; they started off with a 48-run partnership for the first wicket. Sanudini played a timely knock of 38 at the top, while her partner Achini Lakmali held her end up. After the loss of Achini, Shani Madushanka came in and blasted a 17 ball 22 to get the chase going.

Shani fell trying to up the ante and she was followed by Chathuri Shirmila, who fell shortly afterwards. The girls from Kegalle had a sniff for a brief moment but Manudi Dulansa’s quickfire cameo took away their chances. Manudi and Sanudini got them closer to victory and the late middle order managed to get the winning runs with 13 balls to spare.