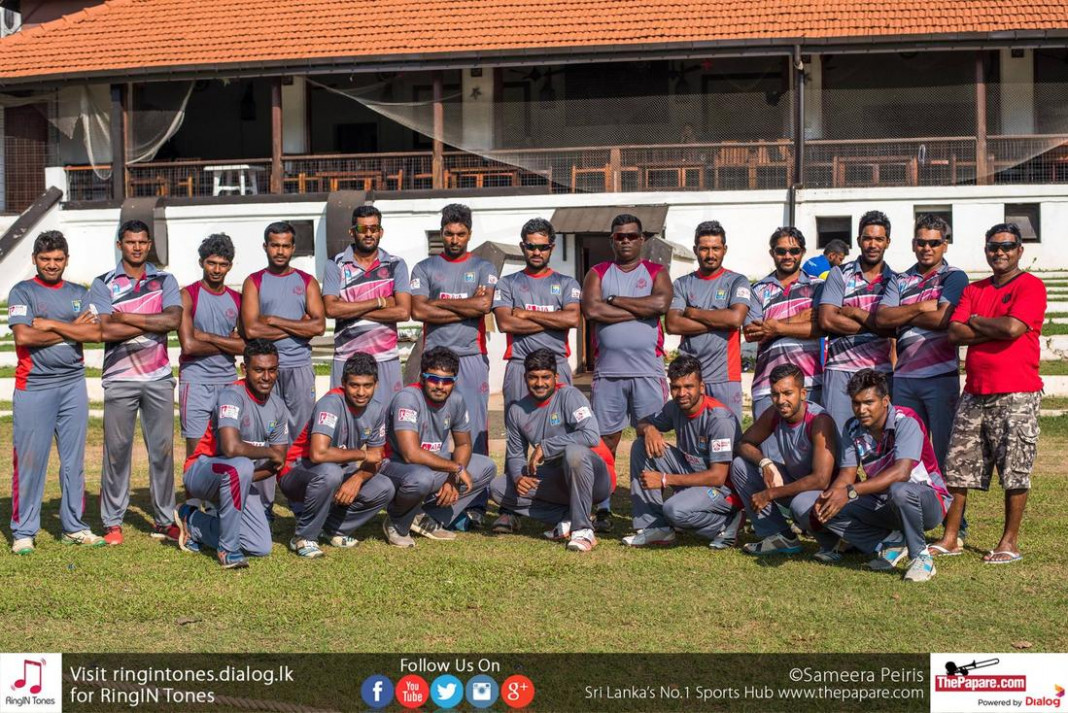 With a strong set of youngster in the Sri Lanka domestic circuit, Colombo Cricket Club also referred as CCC will be banking on their team-work and friendly atmosphere among the players to deliver the goods as they look to turn the tables and lay their hands on some silverware this 2015/16 season.

Colombo Cricket Club was founded in 1832 and it is one of the three clubs that is clustered around the Maitland Crescent area and the acclaimed club has seen the likes of many national players such as the ‘master blaster’ Sanath Jayasuriya, Roshan Mahanama, Chamara Silva, Prasanna Jayawardena, Chamara Kapugedara and Jehan Mubarak pass through its ranks.

They have won 5 Premier League titles and since 2007, they have not tasted championship victory. Last season under Hasantha Fernando’s leadership, they finished as the number 5 ranked team in the Premier League tournament while they were unfortunately knocked out in the group stages during the shorter-formats of the game.

Former Sri Lanka U19 and Trinity skipper, Sachith Pathirana has been bestowed with the responsibility of leading the CCC outfit this year. He donned the national jersey recently against the Pakistan and will be most valuable player for the club. A born leader, Pathirana’s handy left-arm spin will be a major factor while his aggressive left-hand batting sums up his all-round abilities.

All-rounder Andy Solomons is the most destructive player in the CCC ranks. Renowned as a T20 specialist, Solomons has the ability to change the game with his power-hitting and he is rated as one of the top all-rounders in the current domestic scene.

Chinaman, Lakshan Sandaken is the wicket-taking option for CCC as his mesmerizing googlies and rank-turners can trouble the batsmen any moment. He was the top wickets-taker for CCC last season and he will look to repeat it this season as well.

Experienced Hans Fernando and Nisham Mazahir will be the two most experienced batsmen in the lineup and they are prepped well to score big this season. Wicket-keeper batsman Lasith Abeyrathne has been with CCC for the last couple of seasons and he is another key player for the team from Maitland Crescent.

Former Josephian fast-bowling all-rounder Chathuranga Kumara has returned to competitive cricket after his shoulder injury and will look to give his maximum this season. Experienced Thilina Thushara who once was a permanent starter in the Sri Lanka team will lead the fast-bowling department alongside left-arm seamer Dilesh Gunarathne who is also another genuine wicket-taking option.

With many players leaving the club last season, CCC outfit will be filled with young players. Left-hander Damith Priyadharshana was recruited before the season from Saracens SC while stylish batsman Lahiru Udara made a leap from the neighbouring, NCC.

Former Trinity College league winning skipper Akkila Jayasundara has restarted his professional cricket career after a long break due to studies while his schoolmate and 2014 captain, Ron Chandragupta is another player to watch out for. The left-hander has the ability to score big and will look to add his worth to this CCC outfit.

Two off-spinners, Nalin Priyadharshana and Hasitha Wickramasinghe will battle it out for one place in the final playing XI while young hard-hitting batsmen in the caliber of Woshantha Silva and Roshan Anuruddha will play a pivotal role in the shorter formats of the game.

Tharanga Dammika is a well-known young coach in the domestic scene in Sri Lanka. He was the championship winning coach for Bloomfield in 2010/11 while he has coached Nalanda College and Navy SC as well. This will be the maiden season for Dhammika at CCC and his strategic planning will be the most-asserted factor in his resume. Kalum Gangodawila will be the Assistant Coach while Chintaka Jayanath will act as the Manager of the team.